Get up off the couch and SHARE is a quiet means of of saving the world one person at a time.

“Get Up Off the Couch” is a call to action. It’s largely an initiative of the Cohousing Association of the United States. The idea is to build a grassroots network of cohousing communities, their members, groups, organizations and other individuals who want an alternative way of bridging social and cultural divides plaguing our country today.

Cohousing Nation, by definition, lives a “New American Way” that emphasizes balancing the good of the whole over that of the individual; accepting that all people are different and all are welcome and valued; power and strength are replaced by consensus and shared decision making.

As such, cohousing communities have the potential to bridge cultural, social, and economic divides that plague the United States today.

Change has a better chance of happening from efforts by cohousers. The average cohouser has at least some social justice blood running through their veins.

What if cohousers, who largely are members of the dominant culture, become gatekeepers who work together and become allies with marginalized groups, rather than marginalized groups trying to break through the glass ceiling, with few allies there.

Inclusion will happen organically as the dominant culture becomes more inclusive. There are around 170 existing cohousing communities and another 150 in formative stages. That’s 30,000 cohousers. 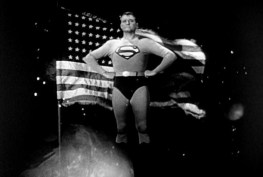 Remember the old 1950s TV show, The Adventures of Superman? The narrator told my friends and me to model Superman’s can-do behavior because, “he fights a never ending battle for truth, justice, and the American Way.”

Superman’s “American Way” is based on rugged individualism; cultural divides narrowed by assimilation; and quests for power and control.

There isn’t anything inherently wrong with the “Old American Way,” but it needs to evolve along with society and one way that can happen is through a collaborative approach that results in truth, justice and a “New American Way.”

The current political climate continues to fuel a growing fear among 30 percent of the U.S. electorate that the country will soon lose its 1776 version of American cultural identity.

Current events around over-crowded detention centers for illegal immigrants and those seeking asylum are indicators why we need to become better cultural change-managers, rather than controllers of cultural change.

What does the cohousing and “get up off the couch” solutions look like? 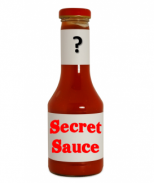 Cohousing Secret Sauce is the main ingredient that can be poured over any housing configuration.

Cohousing brings individuals together to form a community. Housing is housing, but what differentiates cohousing from other housing configurations is the “secret sauce” that mixes several ingredients. The recipe can be altered to meet differing tastes:

A certain ilk of the citizenry, mostly Baby Boomers and older, who experienced the Cold War, will try to reposition the conversation by calling intentional communities “creeping socialism.” Granted, this lifestyle isn’t for everyone.

Cohousing isn’t about over throwing the government, but rather a reaction to how the general market is changing because it’s basically less expensive to live more collaboratively (higher density neighborhoods) and sharing resources (five households don’t each need a lawnmower).

The wave of the future is the Millennials generation making change today, mostly for survival. They being saddled with the the national debt of their parents, grandparents and great grandparents; forced into a college tuition system that will keep them under the thumb of Wall Street until they are old and gray are two reasons why young people are de-commodifying the American Way.

Millennials aren’t interested in living in huge homes in the suburbs far from their jobs, cultural, and entertainment activities in the urban core.

The tenets of the Millennial generation’s New American Way would say, a home is where we live, not an investment. The only time a house should be commodified is when it’s time to move. 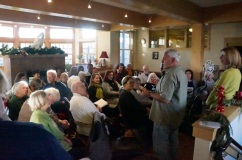 Cohousing communities can offer up their common houses to grassroots groups.

For cohousers, getting up off the couch should be second nature. As individuals, join groups that align with cohousing values.  Host events and participate. Show the way!

Offer your Common Houses space to local grass roots groups for their meetings and/or actions. Finding inexpensive or free space is an on-going challenge for many organizations.

Get up off the couch and SHARE the cohousing “secret sauce,” soon available at a farmer’s market near you.